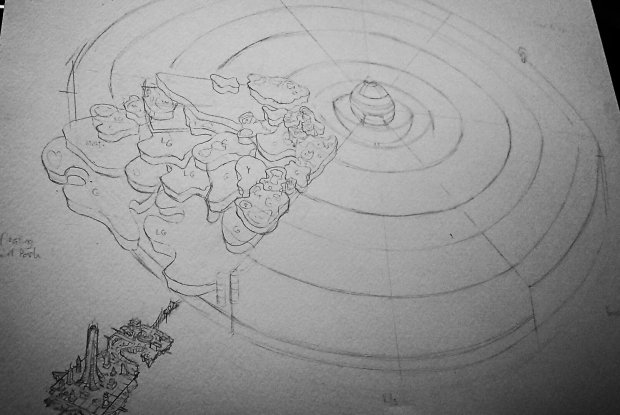 Floating Point Park was difficult because there’s not a lot of images of it online.  So I watched the intro to season 2 (right when Bob says “Mainframe” in slow motion back and forth about a hundred times, as I slowly traced out the general layout of the park.  I also used this image for reference:

This park is an absolute work of art with all its shapes and colours.  It is amazing and I feel a little bit of artist Brendan McCarthy in it (although I’m not sure how much of a hand he played in its design).

So over the course of two nights, I got a pretty good feel of the park.  I’m going to leave it as is (the 2nd image above) for now and work on the other sectors.  I may have to erase or relocate certain elements if they clash with other locations in the future.

This past week I also become reacquainted with ReBoot Revival and will definitely be using some of their high-resolution images to complete detailing on future updates.  Thanks, Glitch Bob! 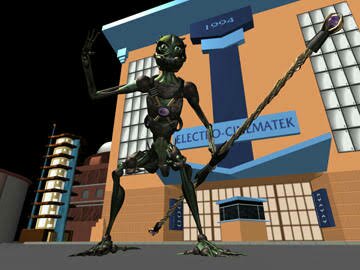 In watching the season 2 intro, I also rewatched the season 2 episode “High Code” and found some cool new locations and vid-windows I could try to add.  I also finally figured out where Dot’s Diner is on the Mainframe map!  Too cool!  Now if I can only find Bob’s apartment…

2 thoughts on “MAKING A MAP OF MAINFRAME (PART 4)”